Starbucks's Faux Friendship- A Fie on it I Say 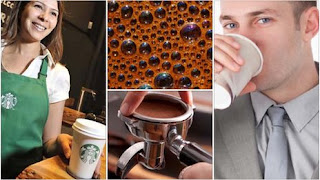 Starbucks, formerly purveyor of artisan coffee to the cognoscenti, and latterly global brand Leviathan, now plans to make you tell them your first name as a condition of taking your order (see my comments in this BBC News article http://www.bbc.co.uk/news/magazine-17356957 ). That’s so they can call you by your name, and not your choice of coffee, when the drink is ready. Hearing ‘Launcelot’ or ‘Sidneeeey’ booming across a crowded cafe instead of ‘skinny latte’ is then supposed to so endear you to the barrista and the brand that you’ll return on the morrow for some more of this ersatz intimacy.

Really? (Ahem: cue grumpy rant). Isn’t this another example of our very identity being taken from us to be exploited by the Panoptic forces of marketing? What’s wrong with calling me ‘Sir’ in exchange for my money? Is keeping a polite distance now anathema to the neo-liberal model? Are we all so lonely that we yearn for a stranger to call us by our name? Or is the one-to-one marketing ideal simply the misguided result of marketing’s metaphor mangling obsession with ‘relationships’? Do Starbucks want to call me by name because marketing is incapable of deconstructing itself?

Where else could this bogus bonhomie lead? What of our right to sit in silent anonymity in a taxi? Or will the driver insist on knowing our name so it becomes impossible for us to resist his leaden attempts at conversation? “Going somewhere interesting mate?” is easily met with a “Mind your own business my good man and kindly drive your offfensively smelling vehicle where I bid.” “Going somewhere interesting Chris?” is impossible to evade. “Well, yes, actually I’m going to the doctor for a prostate examination. Happy now?” Are we to be forced to divulge our name to the bus driver so he can bid us a ‘Byyeeee Paul’ as we alight his cheery charabanc? Must we return the courtesy when the inspector informs us that we do indeed have the correct train ticket for the journey so he won’t have to fine us hundreds of pounds on this occasion? “Yes, that’s the right ticket Matthew. I don’t have to have you thrown off the train today”. “Why, thank you James, or shall I call you Jim?“

God forbid. A fie on this faux friendship I say. Give me back my dignity and leave me alone. We already have a world of excessively marketized relationships. Do we really have to have to pretend to be friends as well? The marketing Panopticon already has my bank account details, home address, date of birth, shoe size, my location, my website preferences, my friends’ names, my family photographs, my favourite music, my favourite books, my work history, shopping history, qualifications, recommendations, my accumulated Tweets, statuses and other indiscretions. It already pesters me with one-to-one communications that are supposed to be ingratiating but succeed only in beng insulting because their one-dimensional caricature of me supposes that my life is an endless repetition of the same dreary 'preferences'. I'm a quirky, capricious and unstable consumer- model that you segment modelling jerks. And please, let me keep my name for heaven's sake.

But if you do insist on buying into the Starbucks fake name game, I like this one I saw on a comment thread somewhere: "My name is Maximus Decimus Meridius, commander of the armies of the North, loyal servant to the true emperor, husband to a murdered wife, and I will have my skinny mocha with a marshmallow, in this life or the next!"
www.chris-hackley.com
Posted by Chris Hackley at 07:06 No comments:

A Bit of Nonsense Now and Then is Cherished By the Wisest Men, also by myself and Jacob

I have just returned from a very enjoyable visit to the University of Stockholm where I presented a paper to their Consumer Culture Theory group. Yesterday myself and Jacob Ostberg, of the University's Centre for Fashion Studies met for lunch at a hip downtown bar and supermarket which also serves as a hotel for people's sourdough mix, lest it dies when they go on holiday (sourdough baking has apparently become a key activity among Stockholm's hip community). To our delight we found one of the products on the menu was the Södermalm Hipster Ale, which we immediately ordered.

Our colleagues Zeynep Arsel and Craig Thompson have been researching hipster consumer culture for years and have noted how hipsters go to great length to avoid being identified as a hipster and so all sorts of ironic interfaces open up between the holders of hipster capital and its mainstream representation (see their hit paper here). With such scholarship in mind and under the influence of the object in question, we wondered what was the appropriate level of ironic detachment for consuming Södermalm Hipster Ale. As Jacob wondered, should the Södermalm Hipster Ale be consumed ironically, inducing a type of double irony; whether one should pursue a post-ironic stance thus surpassing any sense of irony; or whether it is possible to adopt a pre-ironic attitude that nullifies the original irony. Consulting Zeynep, as we obviously were obligated to do, she pondered that perhaps now is the time for hipsters to re-appropriate the word. And hence I could not resist penning the following:


I’ve hung around every hip downtown
From Brooklyn to Berlin
Ate sourdough bread, with pesto as a spread
Played Cohen on a violin
I used to scoff in my Hackney loft
Until ironic became hegemonic
I was left adrift by the cultural shift
That cast aside my hipster stride.
But I went to roam inner city Stockholm
I veered for some wiessbier
When I found that holy grail the hipster ale
The beer so sincere
So I said please ma’am ‘a bottle of Södermalm’
Gave my kroner to that stoner
It was my assumption this was post-ironic consumption
It was ok to be fey
The hipster solution for the counter-revolution
Is to sip to be hip.
So all you petit-bourgeoisie with your trimmed goatee
Follow me to your liberty
You see we cannot fail when we can buy for sale
The Södermalm Hipster Ale!
Posted by Alan Bradshaw at 05:47 2 comments:

Brands in TV Content- How They Get There in UK TV 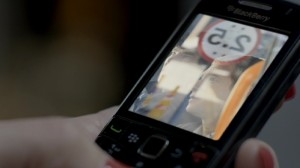 Have you ever wondered how brands get into TV scenes? Perhaps you've assumed that they're all paid for in clandestine deals designed to culturally manipulate us into a brand consumer mindset. The cultural manipualtion may be a reality, but the way brands appear on TV is more ad hoc and serendipitous than you might think. The truth is that the volume of programming is so huge that most brands in TV are there because the producer and props manager need props for the scene and no-one has time to set up a deal.

In the UK, brands were not allowed to pay TV companies directly to appear in scenes until last year. In February 2011 the UK media regulator, Ofcom, decided that UK TV needed the money and finally allowed paid-for product placement. The problem for the industry is that is simply hasn't taken off and the TV companies aren't making any money from it.

This is partly due to the complexity of Ofcom's rules which, among other thnings, ban paid-for placement of alcohol, cigarettes, guns and high fat food. In other words, all the stuff you watch TV to see. The high fat foods ban even means that a cooking show can't do a deal for cooking oil or cheese.

But there is another reason the UK TV paid-for market has flopped. It's because UK TV has been liberally supplied with branded scene props free of charge for over 30 years. In the picture above, a Blackberry is seen from a BBC show. Yes, even the non-commercial BBC need realistic scene props. The UK has about 12 product placement agencies supplying free props for domestic TV production. Some of these agencies started the business three decades ago. They collect a retainer fee from the brand client and give the TV companies all the scene props they want for nothing.  Its a well-established business model everyone understands.

The Ofcom rule change allowed TV companies to do deals with brands dierctly for guaranteed placements, but they have a hard sell. They're asking brand clients to pay double the fee they pay the agencies for free prop supply in return for a tenth of the screen time, and they can't even guarantee a close-up under Ofcom's strict rules on prominence and editorial relevance.

We've been looking into this complicated policy issue which will have a huge influence on how UK TV looks in the future. The TV companies are desperate to benefit from the fat revenue streams paid-for product placement can bring, but many in the UK are worried about commercial influence in the way UK TV looks.

More on this at www.chris-hackley.com
Posted by Chris Hackley at 06:10 No comments:


So you think you want to work in Marketing?
Want to find out more about the profession, what’s really involved in the job, and tips for maximising your degree in job applications? 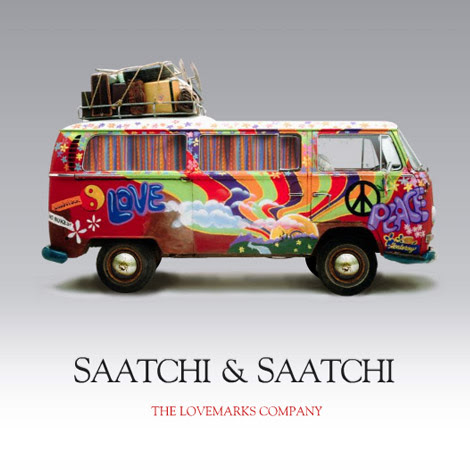 Three speakers, including an Account Manager at Saatchi & Saatchi, Affiliate Marketing Manager at DirectFlights.com, and Regional Director at the Chartered Institute of Marketing, are coming to Royal Holloway to talk to students about their career paths since graduating. Hear their stories, pick up useful tips and put your networking skills into practice!
Date: Wednesday 7th March
Time: 6.15 pm
Place: School of Management Lecture Theatre
Who should attend? Undergraduates and postgraduates who are thinking about a career in marketing, and who want to network with alumni
Sign up by emailing Fiona.Redding@rhul.ac.uk, including your student ID and subject of study.
Posted by Alan Bradshaw at 06:19 No comments: