Andreas Chatzidakis and Pauline Maclaran, two marketing faculty at Royal Holloway who teach on the MA Marketing, have produced a short film which explores an anti-consumerist movement in crisis in contemporary Athens. The research builds upon ongoing research that Andreas and Pauline have been developing over the past few years. 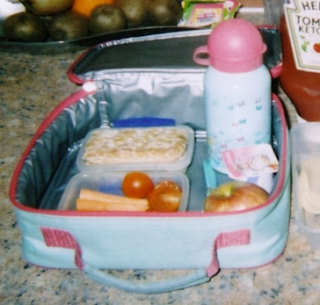 Should school teachers have the power to inspect children’s lunchboxes and remove or destroy items deemed unsuitable? Lunchboxes have been in the news recently following outraged parents at a school in Colchester reporting that their children have had items like Scotch eggs confiscated. http://www.telegraph.co.uk/news/politics/11711699/Teachers-can-lawfully-confiscate-keep-or-destroy-unhealthy-lunchbox-snacks-ministers-say.html.

Lord Nash, an education minister, replying to a question in the House of Lords said that:

There is nothing to prevent schools from having a policy of inspecting lunch boxes for food items that are prohibited under their school food policies. A member of staff may confiscate, keep or destroy such items found as a result of the search if it is reasonable to do so in the circumstances. It would be good practice for the pupil to be present during an inspection and for a second member of staff to be present if any items are to be confiscated.http://www.parliament.uk/business/publications/written-questions-answers-statements/written-question/Lords/2015-06-16/HL522/

Dr Benedetta Cappellini and I have been researching the social side of children’s lunchboxes. Our findings show how parents (and particularly mothers) feel on display through the contents of their children’s lunchboxes. Not only does surveillance happen from school staff but also from other mothers who ask their children what is in their friends’ lunchboxes. The mothers we interviewed showed a concern that packing a ‘bad’ lunchbox could be seen to imply that one was a ‘bad’ (or less caring) mother. Illustrating this, one participant explained:

I wouldn’t want the school to think, “Oh my God,” like, “his mum has just spent two seconds packing this”. Or it to look specifically like he’s packed it himself, in terms of the content […] I think there is an element thereof, “I don’t want to be judged, on the basis that my kid’s got inappropriate food regularly, on a regular basis.  Because you want people to think you’re at least a good parent or trying your best anyway.

One parent even described including a daily ‘token apple’ in the lunchbox to ‘keep the school happy’, knowing that her son would never eat it. We conclude that these kind of surveillance mechanisms are unhelpful and it would be better for schools to engage in dialogue with parents where their voices and concerns can be understood. The parents in our study expressed justifiable concerns such as wanting to make sure their children were not hungry throughout the day and making sure they actually ate their lunch.

You can read more about our research in a paper in the journal Sociology. This paper, titled  ‘Mothers on Display: Lunchboxes, Social Class and Moral Accountability’ explores mothers’ narratives on their daily routines of preparing lunchboxes for their children. In this paper lunchboxes are understood as an artefact linking together discourses and practices of doing and displaying mothering, media and government discourses of feeding children and broader issues of care and surveillance in private and public settings. http://soc.sagepub.com/content/early/2015/02/02/0038038514559322.full