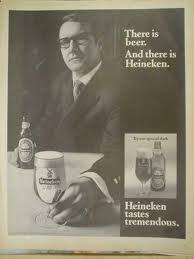 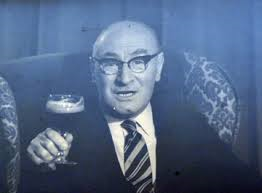 Older people like me remember a time when alcohol ads on the TV looked as if they were made for adults. They had actors who were clearly over 40 years of age, usually a lot over, and straplines aimed at that same wrinkly demographic. Today, we're used to alcohol ads that seem to be targeted at pre-teens. They're often colourful, surreal, ridiculous, and, above all, fun. What does this infantilisation of advertising mean? Was it a deliberate strategy to instil alcohol brands into the world-view of pre-schoolers? Or does it just reflect a change in mentality as people are getting younger, older? 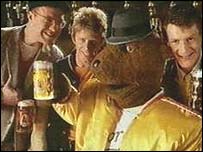 I remember when it all began. The Hofmeister Bear was a character invented by an advertising man named John Webster. Webster worked for a London agency called BMP. He got the idea from an American TV show, and then he used a version of the character to sell Sugar Puffs, calling it the Honey Monster. Previously, he'd had success advertising Cadbury's instant mashed potato with characters called the Smash Martians, so Webster knew very well that a wise-cracking character that appealed to our inner-child engaged consumers with the brand (see some examples here ). No-one had done it before, though, with alcohol. At that time, in 1985, Britain was nation of bitter beer drinkers. The typical drinker's profile was male, 30-60, and a drinker of dark, bitter beer. Webster's brief was to make light, lager beer seem cool to young male drinkers. He made a series of TV ads (see some here ) featuring George, the pork-pie hatted, girl-chasing bear who was pictured on the label. Soon, Britain was changed utterly, and continental lager beer was the avant garde young man's tipple of choice. 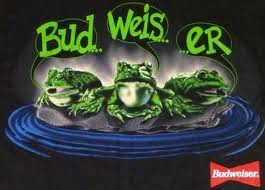 Webster had sniffed out a major market opportunity with his actor-in-a-bear-suit shtick, and soon all sorts of brands were getting in on the kiddy appeal. Today, practically everything is marketed with characters once seen only in children's picture books, from insurance to loans, mortgages to car tyres. It is fair to say that this infantilisation is by no means confined to advertising. The same tendency toward child-oriented visual imagery, themes and story-telling techniques can be seen throughout popular media, in movies, the press, and broadcasting. As far as the marketers are concerned, we're all children now. 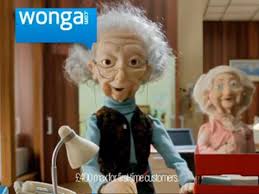 Critical theorist Theodore Adorno remarked that advertisers would like everyone to be ten years old. They made it happen by acting as if it were so, along with their colleagues in the other media industries. To be sure, marketing today is colourful and fun, and as an oldster I quite like not having to act my age in the way that my father did. It is entirely in keeping with the tone of postmodern marketing that the signs and symbols of childhood are mixed up with those of adulthood, rendering us all kidult consumers. But UK hospitals are reporting huge spikes in alcohol-related liver disease amongst people in their early thirties. This is the first generation who grew up enjoying TV ads featuring the Hofmeister Bear. Should we blame John Webster for the UK's alcohol culture? Well, no, not at all. But I think it's interesting to reflect on the way advertising has deployed childish imagery and themes during the past forty years. Today, it seems that the cultural distinction between child and adult seems quite confused.

I went through a few of these ideas when a TV researcher called me up who was working on a new TV show about the changes in advertising and British culture. I lent them some old VHS video reels I had of 1970s beer advertising. The show is hosted by a man called Ade Edmondson and is scheduled for 8PM on Tuesday September 3rd, ITV. Should be an interesting show for advertising and popular culture fans. I've put a few more examples of kiddy-oriented ads for adult products and services on the corresponding article on my own blog .

Update: I'm quoted on this topic in a feature on the decline of British pubs in Spiked magazine and I shall be discussing the same topic at the Barbican, London, on October 20th at the Battle of Ideas event.

Posted by Chris Hackley at 07:41 No comments:

Learning to Play in the New Share Economy by Giana Eckhardt

I recently published an article in the Harvard Business Review (HBR), along with my colleagues Susan Fournier (Boston University) and Fleura Bardhi (City University of London), which explores how companies should approach and adapt to the share economy. The share economy refers to the explosion of organizations that have arisen recently that cater to consumers' desire to access goods and services rather than own them. This desire stems from space and time being at a premium in today's urbanized, digitally connected world, and some of companies that typify the share economy include Zipcar (car sharing) and AirBnB (house sharing), not to mention numerous organizations that facilitate bike and music sharing. But is access based consumption really as anti-consumerist, pro-environment and pro-community as the popular press portrays it to be? Or do consumers just want cost savings and convenience? We explore these issues in this HBR article by embedding them in a debate between managers at a fictional car sharing company trying to decide how to manage their brand. After you read the article, you can see expert commentaries from executives at AirBnB and RelayRides, and also leave your own comments. What has your experience been with accessing goods rather than buying them and how does your experience impact the debate?

Posted by Alan Bradshaw at 03:44 No comments: