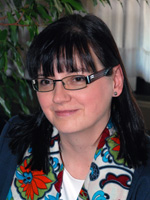 Gerlinde Mautner, an applied linguist, will give a seminar on critical perspectives on discourse and marketization at Royal Holloway in Moore Lecture Theatre 1 at 1.PM, Wednesday February 1st. All are welcome. Below is an abstract of the talk, and below that a brief biography of Professor Mautner.
Please come along!
Saving the Frog from Boiling: Critical Perspectives on Discourse and Marketization
Maladaptation to gradually building threats to survival is so pervasive in systems studies of corporate failure that it has given rise to the parable of the "boiled frog." If you place a frog in a pot of boiling water, it will immediately try to scramble out. But if you place the frog in room temperature water, and don't scare him, he'll stay put. Now if the pot sits on a heat source, and if you gradually turn up the temperature, something very interesting happens. As the temperature rises from 70 to 80 degrees F., the frog will do nothing. In fact, he will show every sign of enjoying himself. As the temperature gradually increases, the frog will become groggier and groggier, until he is unable to climb out of the pot. Though there is nothing restraining him, the frog will sit there and boil. Why? Because the frog's internal apparatus for sensing threats to survival is geared to sudden changes in his environment, not to slow, gradual changes. (Senge: 1990, 22)


The parable of the boiled frog – inaccurate in scientific terms but spot-on metaphorically – neatly captures a cluster of phenomena currently engulfing industrialized societies: the elevation of “the market” to a general social principle governing not just money-based exchange relationships but life in its totality. As part of this process, “management” is transformed from one form of social organization to the one and only form that commands legitimacy in social domains as diverse as government, education and religion, to name just a few. This “managerial assault” on the lifeworld (Hancock and Tyler: 2008, 39) has been progressing at considerable pace, yet slowly enough not to force itself into the public consciousness to any appreciable degree. Also, the sheer scale and ubiquity of the trend further encourages its naturalization. It is the task of Critical Discourse Analysis – and of its critical sister disciplines such as Critical Management Studies (Alvesson and Willmott eds: 1992) – to expose this fallacy and to demonstrate the role that discourse plays in establishing and sustaining “the market” and “management“ as pervasive and dominant paradigms. Thus, in terms of the metaphor introduced at the beginning, it falls to CDA and other critical approaches to sound the alarm when they find the water to be heating up even though for many people its current temperature may still feel comfortable enough.


Furthermore, the apparently inexorable rise of the market society seems a perfect test case for unpacking a multi-layered social phenomenon. First of all, the marketization of the lifeworld bears testimony to the funda­mentally dialectical nature of the relationship between language and society, a core assumption of CDA (Fairclough: 1992, 64; Reisigl and Wodak: 2009, 89). Marketized discourse on the one hand reflects marketized social structures and relationships. On the other hand, the language choices that people make continuously reinforce and recreate the social conditions that gave rise to them in the first place, so that discourse ends up as both a mirror and driver of social change. A second reason why the market society can be seen as a test case is because it feeds on precisely the intricate connection between the public and private spheres that has been one of CDA’s ongoing interests. With educational institutions acting as powerful mediators and multipliers, a closed circuit of cultural reproduction is created, ensuring that the market society has both the governance structures and the people it needs to function. A third aspect of this intricacy concerns the absence of a readily identifiable culprit. In trying to capture the scale, depth and discursive manifestations of marketization we are effectively dealing with what Hardy and Palmer call "spiderless webs of power relationships" (1999, 386; emphasis added).

Gerlinde Mautner is Professor of English Business Communication at WU, the Vienna University of Economics and Business. Her PhD in linguistics from Vienna University was a study of British news discourse; methodologically, it combined critical discourse analysis (CDA) with computer-aided corpus linguistics. Gerlinde's current research also focuses on the relationship between language and society. She's particularly interested in contested sites where business and other lifeworlds interact. In a recent monograph, for example, she investigates how discourse both shapes and is shaped by marketisation (Language and the Market Society, Routledge 2010). Forthcoming publications deal with the sociolinguistic and legal aspects of public signage, on the one hand, and applications of CDA in management studies on the other. Gerlinde regularly spends extended research periods at UK universities (such as Lancaster, Cardiff and, in 2011 and 2012, King’s College London). In 2008, she was elected to the Board of the Austrian Science Fund (a grant-giving body similar to the ESRC and HSRC). She is on the editorial boards of Organizationand Critical Discourse Studies. Her own management experience in higher education includes a four-year term as WU's Deputy VC for International Relations (1998-2002) and Head of Department (since 2005).