Today amid the Rupert Murdochisation of football which sees matches as highly branded events conducted by multi-millionaire players, we pose the question is football more than just a game? In order to address the question we are delighted to present an all-star panel.

Seamus Kelly is a goalkeeping coach at Shelbourne FC of Dublin and has previously played for Cardiff City, Bohemians and St. Patricks Atheltic (both from Dublin) and has also played GAA for County Offaly. Since retiring Shay has been conducting academic research into the world of professional football coaching. 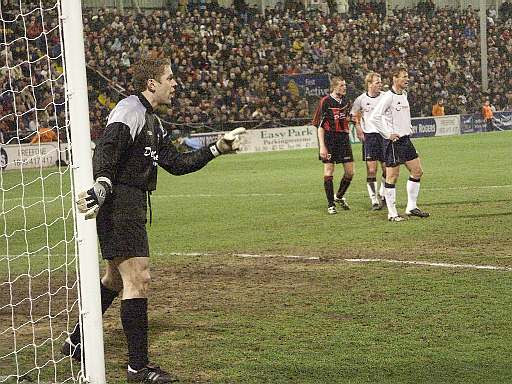 Shay Kelly in action as Bohemians beat Tottenham Hotspurs 3-1.
Sean Hamil is a lecturer who operates within Birkbeck Sport Business Centre at Birkbeck College, University of London and has co-produced various texts including The Changing Face of the Football Business: Supporters Direct and Football in the Digital Age: Whose Game is it Anyway? He was extensive experience with the organisation Supporters’ Direct who are a government sponsored body who encourage supporters to take shareholdings in their football club.

Gabriel Kuhn is author of Soccer vs The State: Tackling Football and Radical Politics in addition to various other texts. Kuhn is a controversial writer who recently cancelled a 3 month speaking tour of America having been put on the US “no-fly” list.