Lucre and the Idea of a University by Edith Hall

Edith Hall is the out-going Professor of Classics and English at Royal Holloway (moving to Kings) and has kindly given permission to re-publish this message from her excellent blog http://edithorial.blogspot.com/.


Over Christmas I have heard the word ‘university’ used repeatedly by daughters, nieces and friends’ daughters between the ages of 12 and 16. They have not been discussing what institution they might attend to acquire advanced education. They have been talking in awed tones about theludicrously expensive products sold by the chain of ‘Jack Wills’ shops, who describe themselves as 'the ‘original University Outfitters, creating quality goods designed to reflect British heritage and style.’ 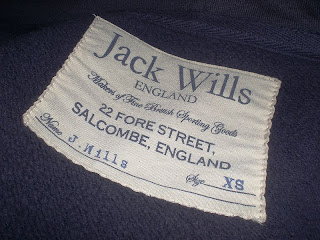 Jack Wills Ltd. is based in the holiday town of the British super-rich, Salcombe in Devon. Salcombe is an exclusive playground for people who can afford extortionate water sports, and where property prices are the second highest in the country after central London.

Despite the clean-cut, wholesome, preppy image it tries to project, Jack Wills Limited has already acquired some unsavoury form. It has been in trouble with the Advertising Standards Authority for using highly sexualised pictures of Hooray Henries tearing clothes off intoxicated girls, images which were banned last April.

The clothes are of course not made in Salcombe. There have been rumours of the use of child labour in the Far East, and the company’s current practices have not allowed it to qualify for full membership of the Ethical Trading Initiative (not that it is exactly difficult to make it to full membership, which has even been acquired by Primark!)

The hoodwinked young teenagers I have been talking to think that £69 is a reasonable price for a flimsy sweatshirt and £14.50 for a single pair of socks, provided that their mother is paying. They ALL assume that Jack Wills Ltd. has some kind of official relationship with a ‘posh’ university (Oxford or Cambridge is suggested) and is very old.

Actually, the company was formed in 1999, appropriately enough just after the first tuition fees were introduced at British universities. It has created a brand directed with cynical precision at teenagers, in Britain, the USA and Hong Kong, who are far too young to attend university but who want to buy the dream of hanging around with rich youths, preferably royalty.

I am not about to launch a campaign against this particular company, however much I may personally despise it. What interests me is how the marketing people at Jack Wills Ltd. define membership of a notional university, acquired by wearing particular clothes, which promises a lifestyle in a fast social set with huge amounts of inherited money.

This is sinisterly akin to the new British ‘vision’ of the university as a commercial enterprise and a degree as indicating financial resources and social status or aspirations rather than anything to do with the life of the mind. Every single working-class person I have spoken to who got to university in Britain via the old grammar school system, including the poet Tony Harrison, says they would never have gone if the state had not paid their fees.

The word ‘university’ comes from the Latin universitas, which to Cicero was a wonderfully inclusive word embracing the universe or the whole of humankind (On the Nature of the Gods 2.65.164). By 1210 AD the word meant the entire community of scholars working together, on whatever subject-matter, in the city of Paris.

For the teenagers from whose parents Jack Wills Ltd. wants to extract large dollops of cash, however, a university means catching a public schoolboy by wearing a cute slim-fit rugby shirt and taking it off at a yacht club piss-up. Happy New Year!