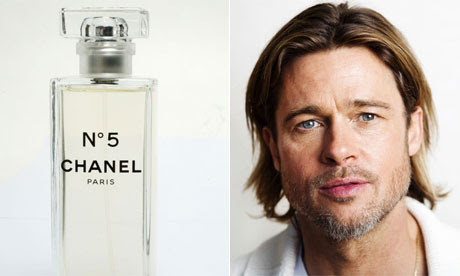 I was struck with recent announcements this week covering gender switching.  Two stories highlighting the success in (ostensibly female) beauty competitions of transgender contenders with no associated calls to have males expelled and clear messages about contestants being judged equally against the criteria.   Another flagging Lucy's request to Brad and Dan in their beachside surf shack good call centre as a creative twist (first female caller) of the UK Beer brand Fosters ongoing TV campaign.  The last that suggests Brad Pitt's appointment as the face of Chanel is the first time a male model has been used in such a way.

The advertising technique of inversion, or turning an idea on its head is one that most of us have seen and experienced often, perhaps not always consciously, but to an extent that this should not be out of the ordinary or worthy of particular media focus because of the gender switch.  I have been reading "The Advertising Concept Book: Think Now, Design Later" by Pete Barry and this has perhaps made me think more analytically at this rather straightforward gender inversion notion.


Does Lucy from Lancaster, with collagen enhanced looking lips, represent an attempt by the Fosters brand team to court the female lager drinker or is it merely for comedy impact  ?  Rather wimpy and possibly nerdy, our problem Fosters drinker seems to have rather punched above his weight to win a girl like Lucy. Drinking Fosters = charisma ?

Moving on from Lucy's lager to Brad's Chanel: as a non-expert male on matters pertaining to glamour brands, my take on the sumptuous, silky, overtly sexual ads that typify the perfume genre were trying to dupe sorry persuade the perfume wearer into believing that by imitating Charleze, Kylie, Scarlet or Nicole with their perfume choice then some of their allure would also transfer over too.  Perhaps some consumers are more interested in the way it makes them feel (hedonic motivation), or possibly because of the particular aroma (rational, functional attributes), who knows.  It must be something, because generic perfumes are considerably cheaper.

Making Brad the face of Chanel would seem to point at a different approach.  Now a proud father and family man, hugely successful with an extensive career in modelling and movies, the intended message might be 'wear Chanel and be attractive to men like Brad'.  More primal, more action oriented ?  Wear this, get Brad, perhaps even.  Or in an androgynous world are we merely seeing Brad as an asexual representation of unobtainable beauty ? Perhaps Chanel wants to position its brand more clearly to appeal to everyone.  Man, woman, transgender, metro sexual, if (Sir) David Beckham can wear a sarong are we just becoming more relaxed about defined gender role stereotypes ?