When Agamben goes to the Bank by Benedetta Cappellini 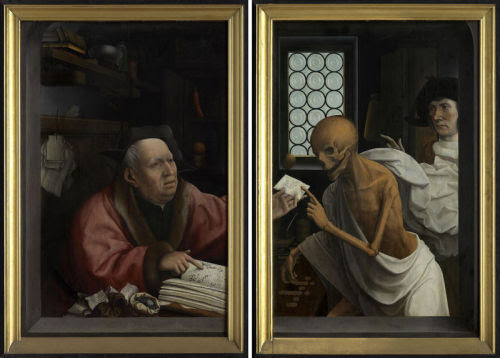 A couple of month ago the Italian philosopher Giorgio Agamben investigated the meaning of the apparently disused word faith. Agamben is well known for his exegesis of words we take for granted such as paradigm, dispositive and animal. He usually takes a word and unpacks its most remote meanings linking them to economic and political spheres. This time he guides his readers through a fascinating journey from faith to archaeology. This is a translated and shortened version of his article “If the ferocity of financial religion devours the future” published in the newspaper “La Repubblica” (16/02/2012).

“ In order to understand the meaning of the word “future”, we need to firstly understand the meaning of a faith, a word that we do not use anymore if not in relation to religion. Without faith or trust, future is not possible. There is future only if we can hope and believe in something. What is faith then? David Flüsser – a great scholar of the science of religions- there indeed is a peculiarly named discipline - was working on the word pistis, which is the Greek term used by Jesus and the apostles for faith. One day he found himself in an Athenian square and at a certain point, he saw in front of his eyes in big letters Trapeza tes pisteos. Surprised by this coincidence he discovered that he was in front of a bank. Trapeza tes pisteos is “credit institution”. The sense of the word pistis -that Flüsser was looking for months- is simply the credit that we owe to God and that the word God owes to us if we believe in it. For this reason Paul defines faith as the substance of things we hope for […].

Our time is a time of scarce faith or bad faith, as Nicola Chiaramonte used to say. Thus it is a time without future and hopes, or with an empty future and false hopes. What is going to happen to our future in this time that is too old to really believe in something and too wise to despair? If we look carefully there is still a sphere operating with credit, a sphere wherein we put our pistis, our faith. This faith consists of money and its temple is the bank - Trapeza tes pisteos. Money is simply credit and in some banknotes (on the sterling and the dollar but not on the euro, and this should say something about the euro!) it is written that the central bank guarantees that credit in some way. The so called current crisis – albeit crisis is the normal way through which capitalism operates- started with a series of ill-considered operations on credit, such credit was discounted and resold dozens of times before being realised. This means that capitalist finance - whose banks are its main organs - works by playing with credit, hence with people’ faith. [...] The Bank with its grey senior executives and experts has replaced the Church with its priests. Governing the Bank’s credit and manipulating the scarce and uncertain faith that our time has in itself. It does so in the most irresponsible way by gaining money from people’s faith and hopes and by establishing the credit we can receive and the price we need to pay for it (even the credit of Nation States, which have abdicated their sovereignty passively). By governing credit the bank rules not only the world but men’s future, a future which the crisis makes even shorter and on short notice.

Today politics seems impossible because financial power has taken away faith, future, time and expectations. For the duration of this situation, while our society believes itself to be secular it will remain subjugated to the most obscure and irrational religion, it would be good if everybody would reclaim their credit and future from the hands of these gloomy, discredited pseudo-priests, bankers, professors and executives from various rating agencies. Perhaps the first thing to do is to stop looking only at the future, as they advise us to do, and look instead at the past. Only if we understand what happened and how it happened would it be possible to recover our freedom. Archaeology rather than futurology is the only way to reach the present.”