Zwick and Cayla have assembled an excellent series of commentaries and empirical reports into the strangely pervasive world of marketing. Spread across analytical categories of studying marketing differently, marketing as performance, political economy and the ideological diffusion of marketing practice, this comprehensive exploration leaves marketing best thought of, as Sherry puts it, as “a well intended but impoverished philosophy”. Despite intentions, marketing’s ideological operations, strategic interventions and logical short-circuits are revealed to be globalising, incoherent and politically dynamic but also ingenious and downright hilarious.

The editors resists conventional understandings and frame marketing as a process of engagement through which products and services come into being, acquire meaning, obtain value and are determined, contested and provisionally given stable forms. Throughout the volume we see processes of valorisation, stabalisation and destabilisation of market boundaries, strategic cultural interventions and political economic acts in which consumers are subjects of bio-political injunctions. The conceptual high point is provided by Slater’s analysis of marketing as monstrosity because its immateriality, cultural orientation and empirical unproveability offend and contaminate ordinary commercial practice. Marketing, then, is a fault line between commercial practice, economy and culture and this produces messy and contradictory conceptions: ‘consumer culture’ is argued to be contradictory because a culture driven by market needs is not a culture whilst economists’ invocation of the analytic framework of a market, as though there is such a stable entity, is a methodological violence that brackets marketers’ efforts to disrupt fixity. The outcome for Slater, paraphrasing Latour, is that ‘we have never done marketing’.  Also Latourian, Cochoy opposes focussing upon interplays of consumers and marketers whilst neglecting the objects that modify the actions and identities of both on the basis of an Actor-Network-Theory account of changing grocery shop designs. 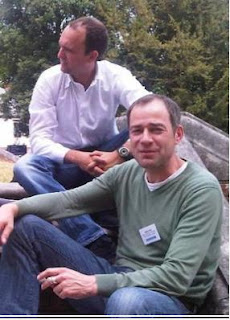 However for incoherent marketing practice, see Sunderland and Denny’s tale of slippage, false assumptions and all-too-human consumer research that rendered a large-scale study a pitiful fare-thee-well. More market research farce is revealed by Granclement and Gaglio who explain the focus group: eight strangers gathered on the basis of their connection to categories to which they are deemed to belong, asked often nonsensical questions and on the basis of their responses, knowledge regarding how the consumer sees the world emerges for the benefit of researchers behind one-way mirrors who sneer at the spectacle of real consumers as though they are a discovered anthropological other. Inevitably Grancelment & Gaglio report a product manager – I would like to think of him as the Great Unknown Marketer – exasperating “they just repeat what I kill myself explaining to colleagues”, demonstrating his ingeniously emphatic understanding of these mysterious subjects that we call “real consumers”. Further strangeness is documented by Desroches & Marcoux’s account of L’Oreal marketing managers’ quest to get close to sensuous consumers which entails going to women’s apartments, observing them in their bathrooms and conducting weird “sniff tests”.

Comedy is never too far away yet the text trawls marketing’s dark side. Brown’s analysis of black models and the invention of the US “Negro Market” presents advertisements that invoke slave tropes. Here, the inclusion of black people in advertisements and market segments became a civil rights campaign and a means through which consumption could serve to achieve inclusion into US citizenship. Meanwhile Arvidsson & Malossi reveal customer co-production in the fashion world and the transformation of networks of urban cool into social factories of immaterial production where innovations are rationalised then internalised as professional practices. Also concerned with immaterial production and its bio-politicality is Zwick & Ozalp’s study of regenerating downtown Toronto. Home buyers are attracted by cool downtown living, but this lifestyle does not exist and must be produced by the residents as exchange becomes inverted as the higher price paid by consumers reflects an extra value that they must produce as an output of their ‘leisure time’.

Exploring the  diffusion of marketing ideology Cayla & Penaloza demonstrate how Indian marketing promotes Western consumerism as development; a teleological essentially consumerist view where marketers understand their country to be primitive because consumers have not embraced breakfast cereals. Cook charts how child marketing became normalised and valorised through appealing ideas like the ‘savy child consumer’. Applbaum explores public interest and private commodity via the inverse relationship between quality of health care and marketing practice, revealing that pharmaceutical R&D is typically marketing research that develops the means of convincing people that they need a medical intervention. Applbaum attacks marketing humanists who advocate marketing solutions to societal ills and their logic of privitisation. Neo-liberalism is further critiqued in Moor’s analysis of social marketing and the governance of populations; practices that reify logics of consumers in a fully fledged market society and economisations that bracket political intervention.

The question of efficacy, located across incoherent dubious ideology emerges as a central enigma – does this marketing actually work? Where do we draw the line between a Packard fantasy of effective hidden persuaders versus Dilbert-esque nonsense? As Slater implies, the question is naive given marketing’s unproveability. However the volume points towards two answers. First, the cultivation of the real consumer serves an agenda for what matters managerially rather than for actual consumers: it must 'work' for the client paying for the research and it must 'work' for the agency and marketing’s effectiveness exists across these corporate networks. Second, notwithstanding Ponzi-esque logic, it is clear that consumer culture can be consequentially re-arranged in terms of what people do and how they do it; in other words, marketing works despite itself.

The volume presents an excellent, comprehensive and high quality analysis into pervasive and determinate practices. How strange that such political economic analysis and consideration of the impact of the diffusion of marketing ideology via practice seem rare. Given the stakes and reach of marketing, it is hard to imagine anybody who ought not to read this outstanding collection (except those who cannot meet the astronomical hardback price). My final comment is, notwithstanding the crisis of reproducing the object of critique, BUY THIS BOOK!