A Student Describes His Dissertation 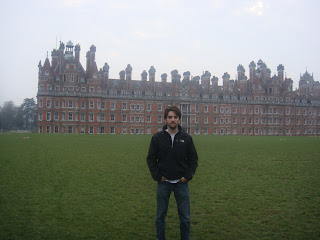 The idea for my dissertation developed due to my fascination with social classes and the marketing of branded lavish objects. Specifically I wanted to understand how social classes and families relate to and consume luxury products. I became intrigued with such issues after taking the Brands and Branding class with Dr. Alan Bradshaw, where we received insightful, intellectually stimulating and engaging lectures and studied works from authors like Bourdieu, Miller, Holt, Borgerson, De Botton, Arvidsson, Moor, Kozinetz, etc.
Similar to my case other students in the MA Marketing figured out what specific marketing topic they wanted to pursue for their dissertation, via academic and practical lectures on distinct subjects. It is important to note that the MA Marketing academic level is highly rigorous as is the marking and so requires a high level of student commitment (reading, studying, preparing essays, etc.). As Dr. Bradshaw did in my case, many other highly qualified and passionate professors inspired the incoming body of students of the 2010-2011 term. Many students were quite interested in work related to technology issues such as Digital Marketing and Marketing Metrics, which were guided by Andrew Whalley and his realistic focus, others were interested in Advertising and Communications through a critical approach by Professor Chris Hackley, and Dr. Benedetta Cappellini, others were interested in Consumer and Contemporary Issues via reflexive analysis done by Professor Pauline Maclaran, and the list goes on and on.
For my dissertation, I was initially captivated by works by Daniel Miller, who is a renowned author in the field of anthropology and materiality, primarily for his marvels A Theory of Shopping (1998), and Stuff (2010), which were both thought in the Brands and Branding course. The aim of my thesis was to understand how two different upper middle class families in México relate towards lavish vehicles. As per Miller’s (2010) Stuff, I also based my research on Hegel’s dialectic, which basically has three important elements: thesis, anti-thesis and synthesis. Miller uses Hegel’s dialectic, and substitutes the idea of subjects instead of thesis, objects instead of anti-thesis, and the resulting relationship as synthesis. Similarly, my study substituted families for subjects, luxury cars for objects, and the idea of class emerged as the combined result. The importance here, as in Miller’s works, is that all three elements are important in the equation and result process, meaning that objects represent more than just objects, they can represent ideas, desires, etc. The following diagram, denotes the conceived initial conceptualization. 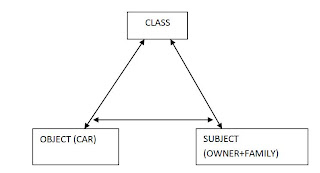 The study’s methodology was based on micro-ethnographies, which basically means that I lived with both families and through observation and participation, I sourced my primary data. After, an interesting voyage, which lasted around 3 months, having read around 30 books and articles, having live two weeks with two different families and travelled to another continent, and having completed much hard work, was I able to explore the families’ emotions and feelings, as well as the complex relationship between the families and their lavish automobile. Theories from authors such as Goffman, Paz, Veblen, Holt, Bourdieu, Careaga, Borgerson, etc; came into play throughout the study. A very important theory was Veblen’s (1899) Conspicuous Consumption in The Theory of Leisure Class, where he discusses the necessity for a wealthy class to continuously show off and perform their imminent power and class through obtaining and conspicuously consuming expensive objects. Similarly, the other theories were used in order to establish possible connections between luxury vehicles, individuals, social classes and class mobility.
The importance of the research lies on gaining more knowledge of the middle and upper middle class, class mobility, extravagant brands, and their products; for marketers to better understand and tailor products to this specific segment. It is also quite beneficial, in order to grasp the aspirations of a class or segment, and entice them with the possibility of reaching that dream.
Posted by Alan Bradshaw at 06:39