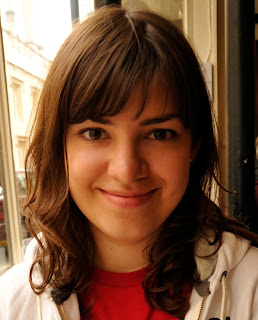 All professors in the MA Marketing encourage us to write projects about something that we are especially passionate about. Following this advice I decided to write my dissertation about figure skating. I was particularly interested in the topic of consumer tribes, at which we looked closely during Brands & Branding and also the Marketing & Consumer Research modules. The theory of fandom, studied in the Sports Marketing module, also provided me with an important base for research objectives formulation.
Studies in the area of figure skating are limited to the analysis of the cultural meaning of this sport. There is very little research conducted that explains the way in which figure skating fan clubs and communities are formed and operate. The graph below illustrates the areas that are related to the research and the overlapping area represents the gap in the current studies that this research was aimed to fill.
As a result, the objective of my research was to investigate the complexion of online fan groups dedicated to figure skating and to gain an understanding of how involvement with these groups affects the consumption experience of figure skating.
The subject was studied using the example of online fan groups dedicated to a Swiss figure skater Stéphane Lambiel. Research focused on two Russian-speaking communities: Lambiel_ru community on LiveJournal website and Stéphane Lambiel Group on social networking site VKontakte.ru. These fan groups were chosen on the basis of my personal participation in the communities and my ability to gain access to statistical information about members of these communities. In addition, these particular groups are very distinctive due to a large number of activities and social practices undertaken within and between these communities. Also, the study of Russian fans of a Swiss figure skater was viewed as an interesting object of investigation because it revealed certain non-conventional aspects of motives of fandom, e.g. location and gave an opportunity for deeper analysis.

The research has shown that construction of the image by figure skaters has a large effect on the ways that they are perceived by their fans. It was noticed that the construction of an image embodies such contrasting elements as masculinity, athletic strength, energy and artistry, emotionality and sensitivity (Adams, 2011; Brennan, 1996; Kestnbaum, 1996). The image of figure skaters also determines fans’ ideology and practices.
The examination of existing theoretical concepts of fan groups (Cova, Kozinets and Shankar, 2007; Kozinets, 2010; Jenkins (2006), Kahle and Close (2011) etc.) has demonstrated the complexity of figure skating as an object of consumption by fan groups due to the combination of sports and arts.  Figure skating fans were found to be very conservative and observant. The study has revealed such attributes of sports fandom as obtaining nicknames according to their favourite's name and wearing regalia during competitions. However, figure skating fans were found to be more reserved than typical sports fans and expressed their dislikes of all the conventional attributes of fandom, such as abnormal interest in the favourite's personal life and extreme emotionality.
The analysis of the characteristics of fan groups in the online context (Baym, 2010; Cavanagh, 2007 etc.) indicates the factors that have most influenced the way community operates social parameters and hierarchical power. Technical parameters of the groups determine the type of information that can be provided to its members and possibilities for communication and building relationships with other members. The hierarchical power dictates all other attributes of the groups. Depending on the level of knowledge, personal contribution to the group and access to genuine information, certain members obtain authority among others. The opinion and personal characteristics of these people have a huge influence on other members, because it is those people beliefs and values that determine the group's style of communication and dictate all the processes that happen in the group.
I believe that findings obtained in this research can be used by marketers who are willing to target their services and products at figure skating fans. The understanding of the nature of figure skating fandom and the social processes that take place in fan groups can provide compelling opportunities for marketing practice and further research.
Sources:
Adams, M. L. (2011), Artistic Impressions: Figure Skating, Masculinity and the Limits of Sport. Toronto: University of Toronto Press.
Baym, N. (2010), Personal Connections in the Digital Age. Cambridge: Polity Press.
Brennan, C. (1996), Inside Edge. A Revealing Journey into the Secret World of Figure Skating. New York: Scribner.
Cavanagh, A. (2007), Sociology in the Age of the Internet. Berkshire: Open University Press.
Cova, B., Kozinets, R.V. And Shankar, A. (2007), Consumer Tribes. Amsterdam, London: Butterworth-Heinemann.
Jenkins, H. (2006), Fandom: Identities and Communities in a Mediated World (eds). New York: New York University Press, pp. 98-109.
Kahle, L.R. and Close, A. G. (2011), Consumer Behaviour Knowledge for Effective Sports and Event Marketing. East Sussex: Routledge.
Kestbaum, E. (2003), Culture on Ice. Figure Skating and Cultural Meaning. Middletown, CT: Wesleyan University Press.
Kozinets, R.V. (2010), Netnography: Doing Ethnographic Research Online. London: Sage.
Lambiel_ru, (no date), С'est toi le soleil. Available at: http://lambiel-ru.livejournal.com/
Stéphane Lambiel (no date), Vkontakte (Group page). Available at: http://vkontakte.ru/stephane_lambiel.
Posted by Alan Bradshaw at 02:27