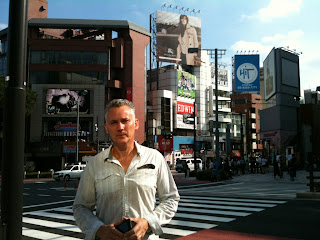 I’d like to welcome the new MA Marketing blog with a few comments for our new students about studying marketing. These are personal comments, but I think they reflect some common themes across our courses on the MA Marketing programme. One recurring theme is that we like to encourage students to engage with scholarship which explores fundamental questions about marketing practice and its implications.

In the module I lead, Marketing- A Critical Introduction, we review topics that are common to most marketing courses, but we try to do so from a critical viewpoint. I’ll try to explain what I mean by this.

You might be thinking, “well, every marketing text book claims to be’ critical’, and every university marketing course claims to take a ‘critical’ viewpoint. It’s all just rhetoric to market the idea of marketing”. If you were indeed thinking this very thought, then you are already thinking critically about marketing.

For me, doing marketing critically means, simply, treating it as a university subject with the values of scholarship and critical thinking that implies, and not simply as a list of management axioms to be learned by rote and applied without discrimination.

The important thing to remember about thinking critically, is that it does not simply mean dismissing ideas as irrelevant or empty. Take, for example, the idea of market segmentation.

It’s a common idea in marketing that it can be useful to know who the actual and potential customers might be. This knowledge means that marketing effort (direct mail letters, sales phone calls, advertising, discount offers etc.) can be aimed at the very people who should be most likely to buy the product or service that is being offered. Segmenting markets into groups of relevant consumers should improve the efficiency of marketing expenditure and help to generate a stronger ROI (return on investment) on marketing. Why waste effort and time trying to communicate with people who are not interested in buying? Doesn’t it make sense to try to ensure that the marketing expenditure is being directed at potential customers?

If marketing organisations did not segment their markets, what could happen? Advertising and other marketing initiatives might be targeted at people who have not and might never be in the market for that brand. But does that mean marketing effort which is not directed by a segmentation strategy is always wasted?

It is easy to think of a lot of marketing phenomena which seem to defy conventional ideas on segmentation. In fact, ignoring the logic of segmentation seems to be part of the success story of some notable brands. Facebook was initially designed for American Ivy League college students: Nike running shoes were originally made for elite dedicated track athletes: Blackberry phones were marketed to business users, but according to British newspaper reports they were the most popular phone used by rioters in the recent looting and arson spree. Long before it became a global brand, Guinness was the preferred alcoholic beverage of poor Irish manual workers: Burberry, once a conservative and quintessentially British overcoat brand became the most cherished design for British football hooligans in the 1980s, and is now one of the fastest growing designer brands in China. Who’d have thought that Starbucks would succeed in widening the market for artisan coffee drinking on such a scale?

So brands can sometimes thrive by defying, or ignoring, the logic of segmentation. What is more, knowing that others know about a brand but don’t own it is one of the attractions of ownership. Brands have become a symbolic vocabulary signifying (and simulating) social status and group membership. Their currency as a brand depends on large numbers of people recognising the symbolism of the brand even though they may not and might never own it. Narrow segmentation could, then, damage a brand's cultural presence. Why would anyone want Prada branded luggage unless they knew that some of their fellow travellers (with their cheap scruffy-looking luggage) recognised it?

A further difficulty is that segmentation variables may not be stable. Marketing theorists have borrowed most of these sociologists. Concepts such as lifestyle, social class, socio-economic groups and demographic groups (perhaps that was one from the geographers) are well-used in segmentation. But how stable is, say the idea of social class today? Arguably, in Britain, working class is now a contradiction as a self-description, because there is another large group beneath it which has no concept either of ‘working’ or of ‘class’ as a collective noun. In other words, if you think you’re working class, then you’re middle class. Class is relative, historically and culturally. Football in Britain was once known as a ‘working class’ leisure pursuit, but today tickets for some games cost hundreds of pounds and footballers drive cars that cost £250,000. Many otherwise highly intellectual university academics are dedicated football fans. So much for cultural capital.

Once, this would all have seemed hugely improbable. Football in Britain was cheap and trivial entertainment for the ‘working man’. Today, sport is arguably the biggest draw in marketing, because sporting clubs and events can deliver such a huge volume of engaged and affluent consumers for sponsors. As I write, the American football end-of-season climax, the Superbowl, has almost sold out its NBC TV advertising slots at $3.5 million each for 30 seconds, even before the season has officially started. With viewing figures approaching 100,000,000, advertisers think these slots are worth every penny.

Social mobility, employment patterns, access to education and relative income differentials can all change, sometimes within years rather than decades, changing patterns of consumption with them. Marketing in general is often at the centre of such sweeping cultural changes. Consumption is dynamic, while market segment categories tend to be static. Arguably, lifestyles are now often too fluid and consumer interests too eclectic to categorise in terms of consumption, and the socio-economic classification invented by the British civil service has long lost its salience.

I don’t think these points mean that segmentation is irrelevant to marketing. Far from it. It can hardly be denied that consumer markets of millions of people can be resolved into patterns or sorted into categories, and that sometimes these can be very useful for directing and designing marketing initiatives. Segmentation has become highly refined as art and science: every page you look at while browsing the internet is recorded, every transaction you make with your credit card is logged, even your physical movements can be tracked through your mobile phone. Consumer attitudes and behaviours are closely monitored by an industry of marketing and consumer researchers. These data sets are sold on to interested parties who cut and slice the data to find groups they can access with (supposedly) relevant offers. The aim, overall, is to improve marketing efficiency.

Sometimes we even volunteer to be segmented, when we opt in to loyalty schemes, brand communities or fan clubs. Latent consumer segments can be activated by such schemes, and we do the marketer’s work for them, offering ourselves up as targets. In some contexts consumers have even agreed to have a microchip implanted under their skin, so that they can pay for drinks in a club by waving their arm over the scanner. Many more of us are agreeing to make payments in a similar way through our mobile phones. We have seen that segmentation has limitations as a marketing technique, but is there a more sinister side to segmentation as an aspect of social control?

The issue of electronic data storage in segmentation brings us to ethical considerations surrounding segmentation. Do you mind the fact that your personal information is tracked and traded without your knowledge? Or would it be even worse to be excluded from a segment because you don’t fit the profile? Would be ethically right, say, to raise public transport prices because the segment served has no alternative means of transport? Is it acceptable that money lending at interest rates of 1000’s of percent has become a big legitimate business in Britain, with huge marketing resources aimed at people who can't get credit by any other means? Is it right that many adult brands prime future market segments by advertising on children’s TV channels? Or that segmentation technology facilities blacklists of people who are excluded from marketing. For example, if a company mistakenly lists an unpaid debt against your name, the adverse effect on your credit history can make it impossible to get a loan or credit terms, and the mistake can be extremely difficult to put right.

I hope these conversational comments on a typical marketing topic give you a small flavour of what I mean by engaging critically with marketing. In the course itself, as well as discussing marketing issues of the day, we will also look at some techniques of scholarship and theoretical perspectives which can help to frame, structure and extend our critical thinking around marketing.